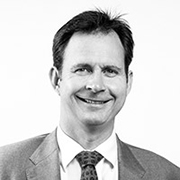 Professor Michael Vallely is a leading cardiothoracic surgeon with clinical appointments at  Macquarie University Hospital, The Mater Hospital, Chris O’Brien Lifehouse Hospital, Northern Beaches Hospital and John Flynn Hospital Gold Coast. Professor Vallely has a special interest in elderly and high-risk patients with multiple medical issues and minimally invasive heart and lung surgery. He holds Clinical Professorships at The University of Sydney and Macquarie University. He has been a member of the board for The Baird Institute for Applied Heart and Lung Surgical Research and of the Royal Australasian College of Surgeons Cardiothoracic Board. He was a leader of the Baird Institute’s Innovative Heart Surgery Research Group and supervised a clinical and basic research team of Honours, Masters and Doctoral students and was a member of the board of the Royal Prince Alfred Institute for Academic Surgery.

Professor Vallely graduated from The University of Sydney in 1995, completed a PhD from the same institution in 2005 and was awarded an FRACS (CTh) in 2007. He was the Professorial Fellow at The Royal Brompton Hospital, London, in 2007-08 and was appointed as a cardiothoracic surgeon at Royal Prince Alfred Hospital, Sydney in 2008 and is now establishing his practice at Northern Beaches Hospital.

Professor Vallely has clinical and academic interests in minimising the invasiveness of cardiothoracic surgery and is a world authority on total arterial, anaortic, off-pump coronary artery bypass surgery. He also has interests in minimally invasive cardiac surgery (MICS), transcatheter (TAVI and Mitra-Clip) cardiac surgery, thoracic aortic surgery, geriatric cardiac surgery and hybrid procedures including the use of ECMO. Professor Vallely has a special interest in electrophysiological (pacemakers, defibrillators and CRT) devices and performs more than 250 implants per year.  He has presented extensively at national and international conferences and authored or co-authored more than 75 scientific publications in peer-reviewed journals.