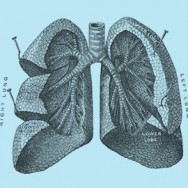 Minimally invasive thoracic surgery refers to surgery of the lungs and chest that is performed though small incisions. It is performed using a thorascope (a camera on the end of a long tube that is inserted through a small incision so the surgeon can see inside the chest), and either specialised, long instruments (commonly called video-assisted thoracic surgery or VATS), or a surgical robotic system.

There are a number of types of lung surgery that can be performed with this technique including:

Three small (approximately 1-inch) incisions are used to insert the instruments into the chest, as compared to one large (approximately 6- to 8-inch) incision used during traditional, open thoracic surgery. An additional 3-4 inch incision on the side of the chest, between the ribs is sometimes needed, for example during a lobectomy. The surgical robot that Sydney Heart & Lung Surgeons use is called the da Vinci Surgical System.

Risks of the surgery

As with all surgery, there are some risks. These include an air leak requiring the chest tube to remain in for longer than planned; bleeding; wound infection; pneumonia, injury to the surrounding lung tissue, heart, liver and kidneys; and possibly death. Conversion from the minimally invasive approach to the traditional, open approach may be needed.